Crisis at the Border Continues

As news of a second child dying in U.S. custody comes to light, horror and disgust for the current administrations' policies towards immigrants continues to boil in communities around the country. Children and workers are seen at the newly built detention camp in Tornillo, Texas, on 19 June. Photograph: Joe Raedle/Getty Image Reports that an 8-year-old Guatemalan boy died after developing a fever come just weeks after a 7-year-old girl died from dehydration and shock in U.S.

Can we pause for a minute and reflect on the outstanding stamina and strength of our oldest Supreme Court member, Ruth Bader Ginsburg? The woman recently bounced back from three fractured ribs and then kicked a third cancer in the butt. The woman is, thankfully, unstoppable. On November 8th, it was reported that Justice Ginsburg was in the hospital after falling in her office and fracturing three ribs. Admirers and supporters around the country flooded twitter with well wishe

Let me tell you a story about Stephen Miller and chain migration. It begins at the turn of the 20th century, in a dirt-floor shack in the village of Antopol, a shtetl of subsistence farmers in what is now Belarus. Beset by violent anti-Jewish pogroms and forced childhood conscription in the Czar’s army, the patriarch of the shack, Wolf-Leib Glosser, fled a village where his forebears had lived for centuries and took his chances in America. He set foot on Ellis Island on Janua 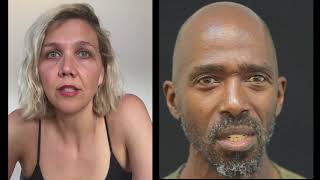 'My Name is Mirian': Hollywood celebs read a letter by a detained migrant mother

The team behind This Boy's Vida believe all people deserve safety, freedom and happiness --not just those born into a country where those things come a little easier. America has always been beacon of hope for those experiencing violence and poverty in their home countries, but recently we've been treating migrants worse than what they experienced before coming here. Thousands of migrants seeking asylum have been separated from their families, and a week after the court-order

The federal government had until Thursday, July 26 to reunite the families it separated at the border and many parents have yet to see their children again. Trump's "zer0-tolerance policy" forced thousands of children from the arms of their parents over the past couple of months. These families migrated from Central America seeking safety and protection in the U.S., but were instead met with prosecution, assault and separation from their children. “Close to a thousand parents

U.S. Border Patrol agents check passports at the Paso Del Norte Port of Entry, where the U.S. and Mexico border meet, as people walk across the bridge to enter the United States on June 20, 2018 in El Paso, Texas. Joe Raedle—Getty Images Deportations and family separations are nothing new for this country, but the number of deportations and family separations have become staggering since Trump was ina

TRAILER: This Boys Vida (made in america)

Gina Latinos at the box office

Crisis at the Border Continues

#MeToo Movement and the Fight For Our Future

"Charmed" Gets a Latina Upgrade

A Conversation With Latinos on Race | Op-Docs